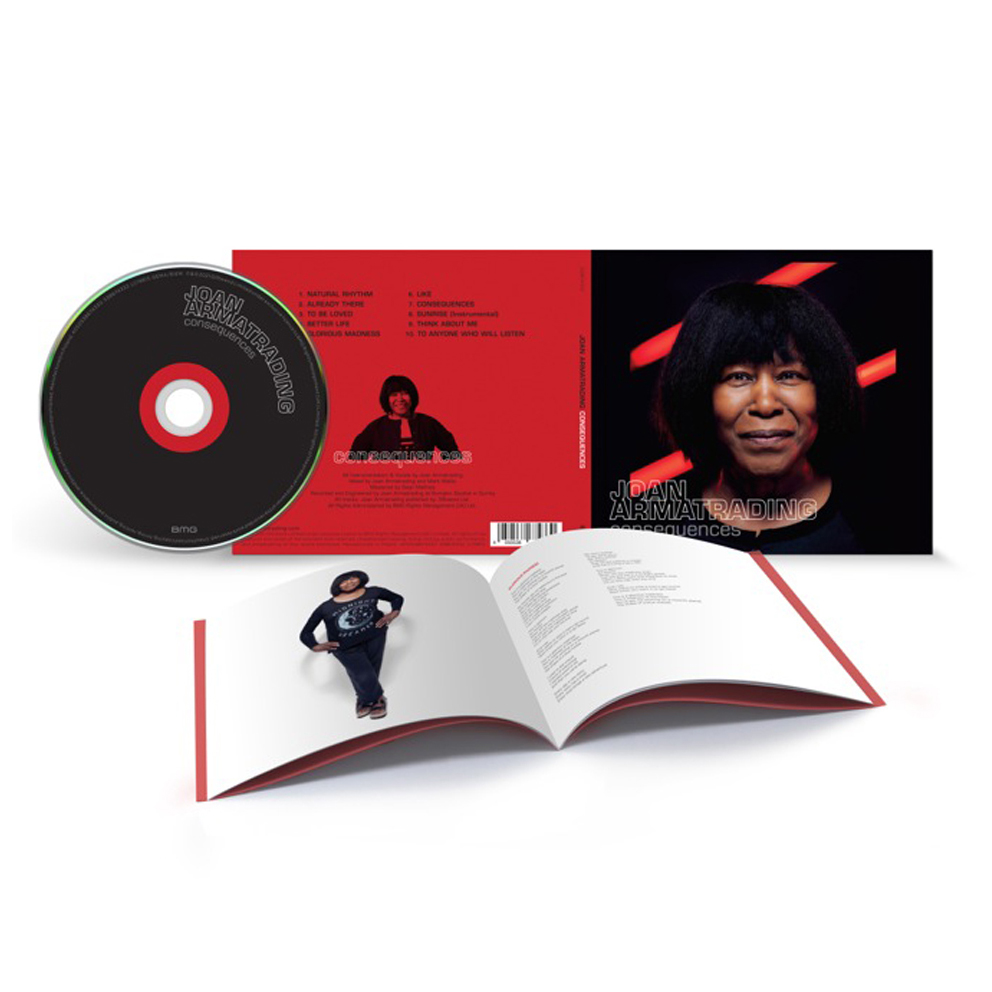 *product may differ to image displayed

The following files are included with this item:

Consequences, Joan Armatrading's new album, is one of her most intimate and direct albums yet and one that wears its conscience and its heart on its sleeve.

Released via BMG on June 18th, and her 22nd studio album to date, Consequences ably illustrates the fact that Joan Armatrading never likes to repeat herself. It is a very different follow up to 2018's UK's Top 30 hit album Not Too Far Away.

Of course the change of musical pace will come as no surprise to Joan's many legions of world-wide fans since she has always been a pioneer in what she does - ever since the release of her first album in 1972 when her then record company, by their own admission, had little idea of how to present her, being so outside the norm. It should also be remembered that Joan Armatrading was the very first female singer/songwriter from the UK to have international success with the songs she wrote and performed.

Whether she's playing a blinding electric guitar solo that would put many of the recognised 'Guitar Heroes' in the shade or focusing on specific genres like jazz or blues, Joan has always gone where the muse takes her with no predictability attached. Repetition isn't in her lexicon, even when composing the music for The Tempest and as demonstrated on the recently screened documentary about her career, 'Me, Myself, I'. With her heartfelt, direct and melodic trademark vocal style and lyrics that tell it exactly how it is and a strong rhythmic flow throughout, Consequences is an album of some surprises for sure but couched in a passionate intensity that benefits from listening to it straight through from start to finish. A complete aural experience and an uncompromising tour de force that engages and gets better with every listen. And while the subject matter, love in its many guises, is an intrinsically intimate topic this is not an album about Joan herself but rather, as with all her work, one written from observation and where she has created songs that people can make their own, applying the lyrics to whatever their own particular circumstances might be. The single, Already There, is a perfect example of this as it details the common experience of when one person in a couple is already in love while the other still hasn’t quite arrived yet emotionally.